Disclosure: This post may contain affiliate links. We may receive a small commission if you decide to make a purchase through our links, at no cost to you. We thoroughly test all the plugins we review, and score each one entirely on their merits. The opinions expressed on this site are entirely our own.

If you’re an avid Photoshop brush user, you know that organizing them can quickly become quite messy. Our BrushBox review will go through the setup and usage of this cool Photoshop plugin.

A top notch Photoshop brush manager with lots of options to color code, tag and organize in any way you want. We definitely recommend BrushBox as a well thought out and highly customizable Photoshop plugin!

I did experience a few bumps while writing this BrushBox review. Fortunately, once it’s all set up, it’s smooth sailing.

You’ll get a free Gumroad account when you purhase BrushBox at Gumroad. Unfortunately, this was not entirely clear during the purchase process, or confirmation emails. As a result I was not able to find the download link for a while. Once I figured it out though, I quickly downloaded and installed BrushBox.

After installing the BrushBox plugin, you’ll find it under your extensions in Window > Extensions > BrushBox. On your initial use, you’ll have to log into your Gumroad account, and then enter your license code.

Right out of the gate, BrushBox automatically imported all my brushes into the new panel! This feature is very cool! However, I was confused to find all my brushes lumped together in one folder. I was expecting them to be in the same folders that I had in the Photoshop Brush Panel.

After consulting the documentation, I found the solution. I had to use the Photoshop Preset Manager and save the sets I wanted individually.

Then, highlight a folder and save it as a Set. (NOTE: This screenshot shows my Save Set button grayed out because I already went through this process)

Next, just import each Set into BrushBox!

Now, let’s get to the meat of this BrushBox review!

I don’t have a lot of brushes installed on this version of Photoshop, so I made quick work of renaming my folders and setting folder colors. You access these options with a mouse right-click rather than some multi-step menu system, which is SUPER convenient.

During my BrushBox review I set up my brushes using multiple colors and set several brushes as favorites (star). I also really liked that I could pick several ways to display my brush previews!

Despite its name, BrushBox is not just for brushes! You can also use this plugin to organize any tool presets you have. Shown below are the available tools and automatically imported tool presets.

Finding your favorite and new brushes:

BrushBox offers a variety of ways to find your brushes. I find the most intuitive method is to show just your favorites. However, you’ll also find options to sort by type and name.

Also, you’ll find any new presets automatically imported in a separate folder so you can organize them as you want.

Keeping your brushes organized is a cinch with BrushBox. By offering multiple methods of organizing presets, it is really easy to set up a system that truly feels like your own.

Also, despite an initial snag during install and setup, once it is up and running it does a great job replacing the built in Photoshop Brush Manager.

We highly recommend BrushBox for organizing your brushes and presets!

A top notch Photoshop brush manager with lots of options to color code, tag and organize in any way you want. We definitely recommend BrushBox as a well thought out and highly customizable Photoshop plugin!

Club Swirl Members Save 20% on BrushBox.

Join now to claim your discount. Members log in here.

BrushBox also appears on our list of top plugins for artists. 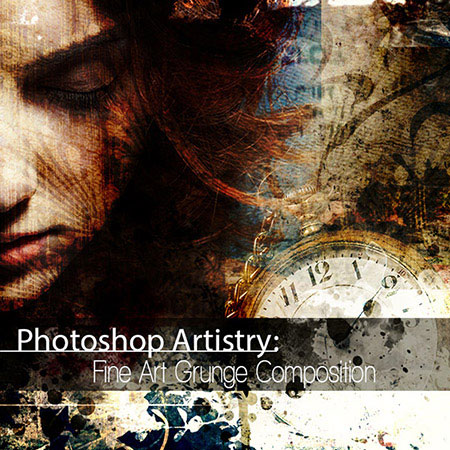